Making the switch to an electric car 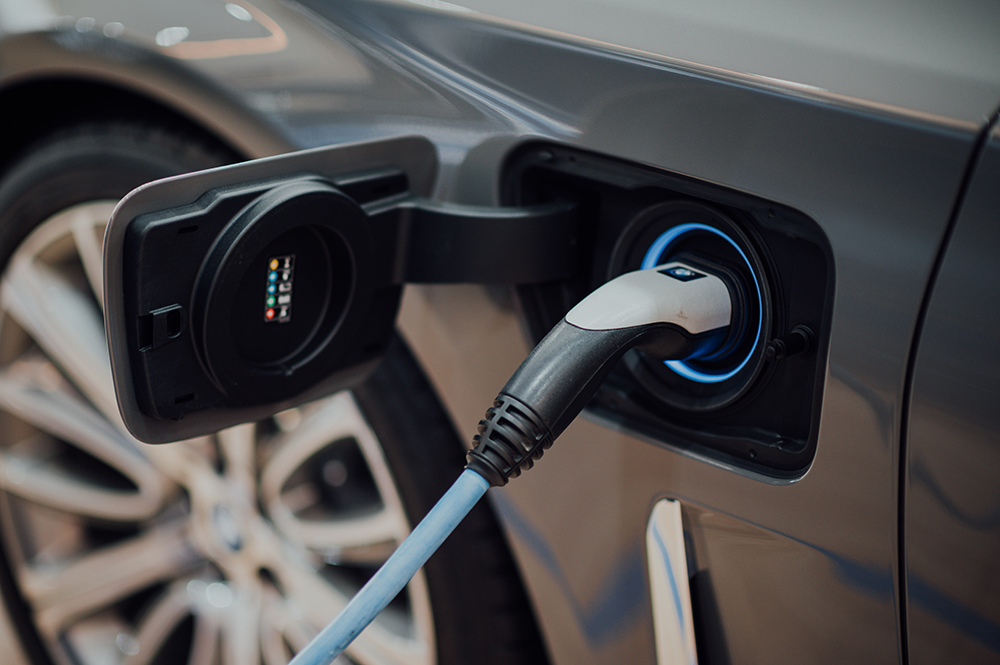 We’ve had an electric car for over two years and have learnt a lot about them in that time. Where possible, we advise clients to future proof their projects for Electric Vehicles (EVs).

The main thing to keep in mind when converting to an electric car is that there will be a learning curve. It does take a bit of time to adjust but making the small changes will make the process much smoother and beneficial.

I wanted to share our experience of living with this car for the past two years to help others in their decision to ditch petrol.

The first hurdle for electric cars is obviously the initial cost. Second hand EVs can now be bought fairly cheaply but it’s important to consider battery size (or range) and other technical aspects such as charging speed. We bought our 2015 BMW i3 second hand from BMW in November 2019 for £16k with 12k miles on the clock. That’s a pretty good price for a 4 year old car with extremely low mileage.

The running costs is where huge savings are made. Instead of miles per gallon electric cars use miles/kWh, our car gets about 4.5 miles per kWh, meaning that with home electricity being around 20p per kWh we pay roughly 4.4p per mile. When out on the road and using a rapid charger, the cost of charging goes up. At a recent charger I paid 38p/kWh giving me 8.4p per mile.

Our old Peugeot 207 used to get to around 15p per mile. Even the most modern, fuel efficient city cars with today’s fuel prices (our local garage is currently 141p) would cost around 11p per mile. Petrol cars are also less efficient when they’re cold and become less efficient over time as the engine deteriorates, costing more per mile.

Before the energy crisis hit, some energy suppliers had special EV tariffs which was effectively like economy 7. If you charged the car only at night, which is fine in most situations, you get a discounted rate. This could mean paying as little as 1p per mile. There are some free public chargers, although these are reducing in numbers, some hotels have free charging for instance, how many hotels offer a free tank of fuel with your stay?

For the super tech savvy, it’s possible to install a combination of solar panels and a clever charger to only allow the car to take energy from the solar. More free miles, apart from the up front cost of course.

Then there’s the maintenance costs. EVs are very simple mechanically, think enlarged Scalextric – it’s just a battery and a motor. Very few moving parts, no oil, no coolant, less to go wrong. Our last service consisted of a look over and a brake fluid change. The regenerative braking means that the brakes last a lot longer too, in the two years we’ve had our car we haven’t had ours changed yet.

The big concern with EVs when they first started to gain popularity was how long the batteries would last. Being the major cost of the overall car, people were understandably worried that they could land a bill for a few grand when their battery packed in. Renault tried to alleviate this worry by offering a leasing option for their first Zoe’s. However, now these cars have been on the road for some time there doesn’t seem to be anywhere near the degradation that was expected, Renault even packed in their leasing option because it wasn’t necessary. Of course this partly comes down to how well the car is looked after, my understanding is that slower, regular charging is better for the battery, rather than visiting a rapid charger once a week.

There is a slightly different way to use your EV than you’d be used to with a petrol or diesel car. As mentioned above, you can prolong the life of the battery by charging slowly. This would mean having a charger at home that you plug in over night, all though in reality it would only take a few hours to fully charge. This also means that the car is always fully charged when you leave. It’s best to think of the car in the same way you do a mobile phone – most people plug their phone in over night, so it’s fully charged in the morning.

The rapid chargers that are quickly increasing in numbers across the country can deliver huge amounts of power through DC charging. These chargers are more expensive, and should ideally only be used for long journeys. If you plan it right your journey won’t be any longer than it normally would. After a couple of hours of driving up the motorway you’ll probably be ready for a toilet break and refuel – so it makes a perfect opportunity to plug in the car whilst you’re there. This isn’t always so straightforward if the chargers are in use, you could end up having to wait for one to become available.

Keep in mind as well that the car will charge very quickly up to around 80%, then the power drops off and the last 10% or so can take some time. This is something to keep in mind when on a long journey. The best non technical explanation for this that I have heard is to imagine an empty bus being filled as quickly as possible by people, initially the seats will be populated quickly until there are fewer and fewer seats remaining.

Another benefit of leaving the car plugged in overnight is it allows you to take advantage of the extra features that are sometimes a little hidden. We can programme our car with a departure time and the car will gradually condition the batteries and the cabin in preparation for departure. Preconditioning heats or cools the battery to an optimal temperature so that you can get the most mileage out of it. It also means you have a toasty cabin on cold days – no more cold morning scraping ice off the windscreen. If you set a regular departure time for your commute, or hit the button on the app 30 minutes before you leave, then you can get straight into a warm car with frost-free windows, without having to leave the house beforehand.

This is without doubt my favourite feature of our car and whilst the car is still plugged in, it will draw energy from the house, making sure you still leave with your battery at 100%

This was a real pain when we first bought our car. With a new system to get used to and fairly small battery compared to modern cars (we usually get between 70 and 90 miles range depending on the weather) we sometimes had a bit of a panic that we wouldn’t reach our destination.

Over time you learn the good chargers on your regular routes and the anxiety slowly disappears. With modern EVs having much more range, it’s even less of an issue for new owners.

One of the best resources for planning journeys and finding the locations is Zap Map. Available as an iOS/Android app as well as a website, this is the best way to plan your routes or just look for local chargers. They also have a handy payment function which works with a lot of the charger networks.

It’s always a good idea to have a couple of charging options along your route, as well as the infrastructure is developing, you still sometimes come across a damaged charger or one that’s being hogged. Quickly jumping on the Zap Map app helps me to find a local alternative.

This is the common debate at the moment and yes, there still isn’t enough. Things are quickly evolving though and in the last two years the change has been dramatic. One thing I’ve noticed is that the cars are developing faster than the infrastructure, so chargers will be less in demand as the ranges of cars increases.

The one thing that’s likely to be a pain for a while is the amount of networks. When you first get an EV you feel like you’re endlessly downloading apps, signing up for accounts, adding credit. Thankfully a lot of the chargers are now offering contactless payment, one of the leaders here is InstaVolt whose chargers seem to be very robust, always available and are simply a plug and swipe process to get you charging. I’ve only ever had one issue with InstaVolt and a quick phone call got me up and running pretty quickly.

The other consideration when you charge is what type of plug you’re looking for. Zap Map can help with this as well but you’ll need to know what your car is compatible with. Our car for instance has a Type 2 for slower (AC) charging and CCS for rapid (DC) charging, these are both fairly common and are quickly becoming the standard in the UK. Whilst there are some Type 2 chargers that deliver nearly 50kW, our car can only take a maximum of 11kW through this plug. It’s important to familiarise yourself with the limitations of the car before you land yourself with a 4 hour charge on the way home (trust me).

Is it worth it?

Absolutely. Despite the few hurdles and needing to learn a few new things, if you’re able to make the switch I’d highly recommend it. I’d say that it makes the most sense if you have off street parking where you can install a convenient charger and you generally drive short distances.

If you’re frequently doing long journeys then maybe opt for a hybrid for the time being, but for city driving, commutes or staying close to home it’s an easy transition. Things are only going to get cheaper, simpler and easier over the years so it’s a good idea to get on board now and get your head around it.

Featured Image by CHUTTERSNAP on UnSplash.